In the heart of Speyside in Ballindalloch, not far from Scotland's highest-located village Tomintoul, lies the eponymous whisky distillery. 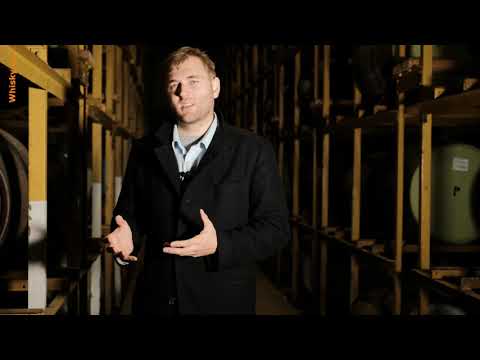 10, 12, 14, 16,25 years – Tomintoul (still) has a broad age range on offer. After the standard maturation in ex-bourbon casks, Tomintoul is very smooth, malty and sweet with slightly nutty and spicy aromas. A 12-year-old Tomintoul Oloroso Sherry Finish and a 15-year-old Tomintoul Port Wood Finish are also available as original bottlings. Sweet-fruity, berrylike and dry notes characterise these whiskies. In celebration of their 50th anniversary the distillery released a very special and strictly limited whisky: Tomintoul Five Decades contains casks from every decade, to be precise: from 1965, 1975, 1985, 1995 and 2005.
While these Tomintoul single malts are all non-smoky, with Tomintoul Peaty Tang and the new Old Ballantruan range there are now also heavily peated single malts available from Tomintoul Distillery. The malt used for Ballantruan has a phenol content of 55 ppm – a strong smoke aroma complements the creamy, smooth sweetness.

If you expect picturesque traditional distillery buildings at the Tomintoul Distillery, you'll be disappointed. The plain production buildings are functional and not very romantic. Tomintoul is currently operating at full capacity (3,300,000 litres per year).
The owners, angus Dundee Distillers, produce not only Tomintoul whisky here; the distillery is also home to a large blending plant with 14 large blending tuns in which the blended whiskies of the company are created. Also cheap bulk whisky is produced here on customer order.

Water is the life source of every distillery so they are always established at spots with enough water of good quality. It took one year to find the Ballantruan source as the location for the new Tomintoul Distillery. The malted barley that is mashed in this clear, soft water is usually unpeated. Only once a year a small amount of heavily peated whisky is produced.
The mash tun at Tomintoul has a capacity of 11.6 tons. With 15 mash runs per week the distillery operates at full capacity.

Fermentation takes place in six stainless steel mash tuns for approximately 54 hours. After fermentation the 'beer' has an alcohol content of 8-9% ABV.

In 1974 another pair of pot stills was added, making it a total of four. The middle cut, which is collected as new spirit in the spirit receiver, has an alcohol content of 69%. Tomintoul saves resources by reusing the cooling water through which the distilled alcohol vapour is led in order to liquefy. The water heats up the mash and is afterwards used for lautering the mash in order to create a syrup from the residue, which is used to make animal feed.

Tomintoul uses predominantly American white oak ex-bourbon cask to mature the whisky. For some special bottlings also Oloroso sherry and port wine casks are used. The six warehouses can hold up to 116,000 casks.

There is no visitor centre at the Tomintoul Distillery. The premises are not open to the public; a large sign at the entrance says: "Visitors by Appointment". You have to ask for a tour in advance.
However, during the Speyside Whisky Festivals tours are offered regularly. An early reservation is strongly recommended.

Share your experience with other whisky lovers. Write a note about your trip to the Tomintoul distillery.