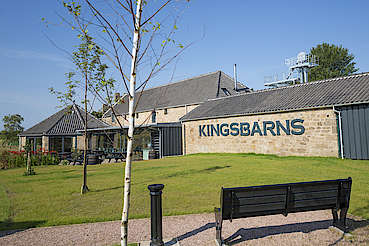 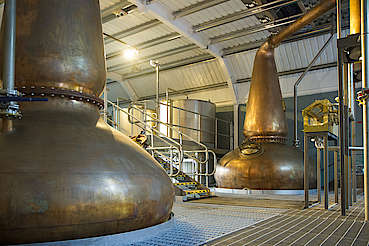 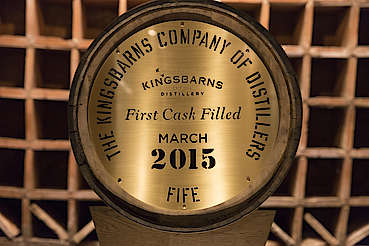 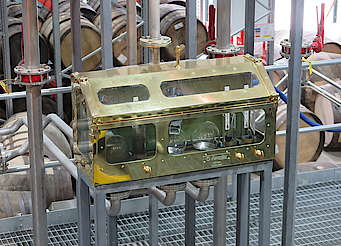 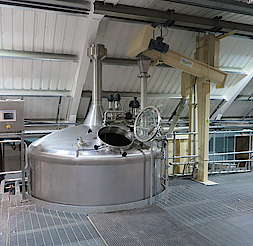 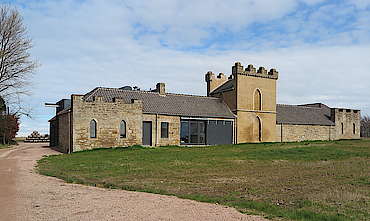 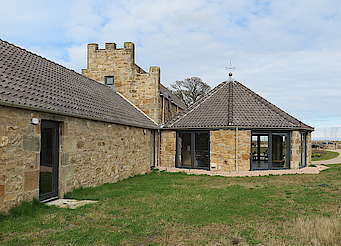 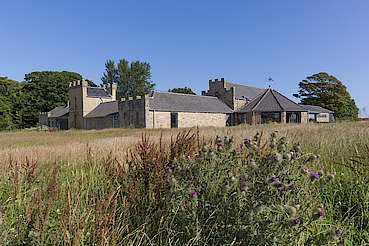 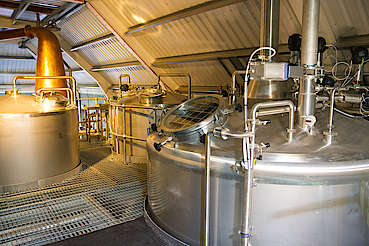 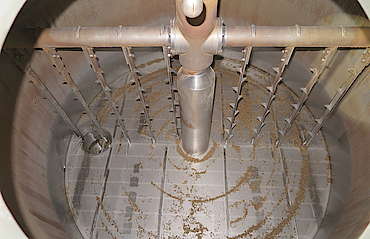 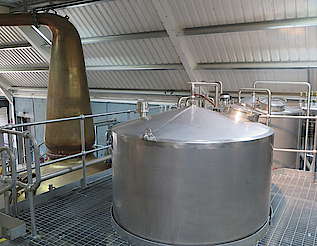 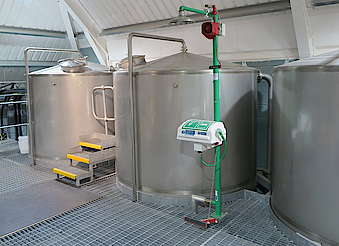 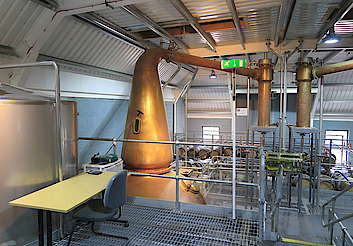 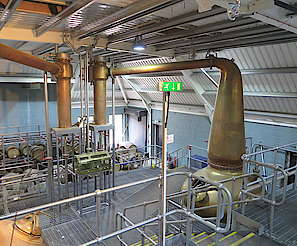 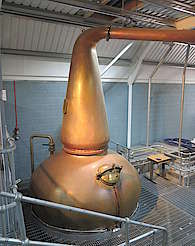 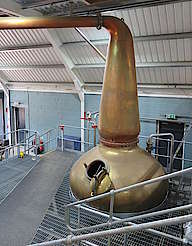 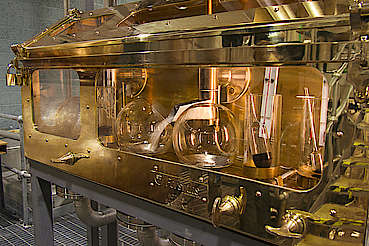 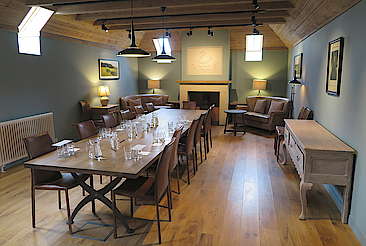 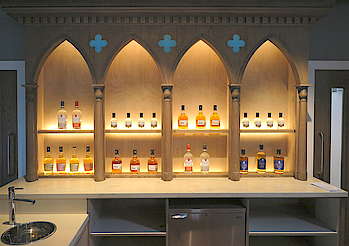 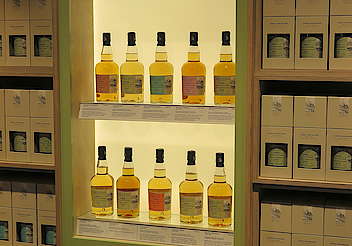 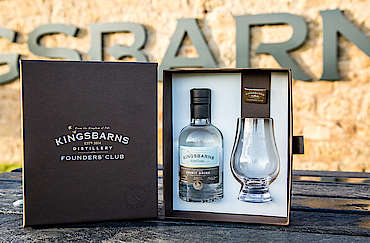 The Kingsbarns Distillery belongs to the Wemyss family, who also own Wemyss Vintage Malts. It is located in the east of the Lowlands in Fife, southeast of the town of St. Andrews, which is famous for its Kingsbarns Links golf course.

The Lowland distillery Kingsbarns is located in the Kingdom of Fife. The distillery character of Kingsbarns can be described as fruity, light and complex. So far, there is one Single Malt bottling from Kingsbarns. With the 3-year-old 'Dream to Dram', the Wemyss family fulfilled their long-cherished dream of their own dram, hence the name of the first bottling.

Kingsbarns produces around 200,000 litres of new make spirit annually. The water needed for the production is extracted by drilling into the ground for groundwater. A well, which is around 100 meters deep, is used to get to mineral-rich, less salty water. This type of water extraction has significant advantages over other water sources. Other distilleries draw their water from rivers, streams or lakes, but if these water sources dry up during the hot summer time, the distilleries are forced to stop their production for that time. Furthermore, the well has a constant water temperature for the production and the clean, clear water can also be used to supply the visitor centre. A biological treatment plant on the site takes care of the purification of the process water.

Spirit is distilled very slowly at Kingsbarns, in two Scottish medium sized stills by Richard Forsyth of Rothes. Kingsbarns distillery uses one Wash Still, which holds about 8,000 litres, and one Spirit Still with about 4,800 litres capacity. Both have wide necks and a lyne arm, which drops slightly after the bend.

Kingsbarns uses the so-called Concerto barley for the malt of three different farms. The barley is sourced locally from Fife only. Then it is malted in the malthouse 'Muntons' without the use of peat fire.

A four-row 'Buhler' malt mill processes the malt into 20% pods, 70% malt and 10% flour. In the semi lauter tun of Kingsbarns, which holds 7,000 liters, hot water is added now to convert the starch into sugar and obtain the so-called 'wort'. For this purpose, 1.5 tons of malt from the mill and 5,800 litres of hot water are mixed, so that the highest possible amount of sugar can be extracted. This process is repeated three times, with the water of the third wash being reused in the first washing procedure of the next mash.

Finally, in the 11,000 litre stainless steel washbacks, the yeast is added to convert the sugary 'wort' into alcohol. Kingsbarns uses the dry yeast 'Anchor' and 'SafWhiskyM1' to create a fruity spirit. The fermentation time is between 65 and 85 hours. This is a comparatively long period, in order to obtain a fruity character. After that, the so-called, ‘wash’ has an alcohol content of about 8% vol..

After the distillation, the New Make Spirit with 72% vol. lands in an alcohol container. There it is brought down to 63.5% vol. and then filled into the casks. The maturation of the largest share of Whisky does not take place in the distillery itself, since the premises are too small. Kingsbarns Whisky matures mainly in ex-Bourbon barrels, which were shipped from the United States as a whole, but also larger barrels, such as Sherry casks or Port Wine barrels, which were reprocessed and recharred using the STR procedure (Shaved, Toasted and Recharred) for use.

For the distillery, the former Georgian East Newhall Farm was reconstructed. This was originally built around the year 1800 and belonged to the Earl of Kellie. Since 2013, the Kingsbarns distillery was developed here for over three years. The aim of the work was the preservation of the time-honored buildings and at the same time the construction of a modern Malt Whisky distillery. The interaction of old and new architecture was very well done. The focal point of the distillery building is the old, covered walkway, where animals once walked in circles to push the grain out of the pods with their hooves. Today, this room hosts the reception area for visitors.

The founder of the distillery is Douglas Clement. Formerly a golf caddie, Douglas was inspired  to open a distillery near to the famous golf courses in the St Andrews and Kingsbarns area. The Kingsbarns Distillery in Fife officially opened on 30th November 2014, St Andrew's Day, with the first spirit running through the stills in January 2015.

Kingsbarns has a visitor centre with an exhibition, including the first filled barrel of the distillery. In addition, the visitor centre offers a modern café that invites you to linger, a cosy tasting room for private whisky tastings and a shop.

The Visitor Centre is open seven days a week and offers four different tours that can be booked by phone, e-mail or the Kingsbarns website.

Share your experience with other whisky lovers. Write a note about your trip to the Kingsbarns distillery.