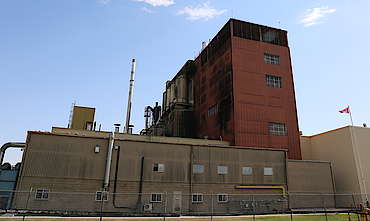 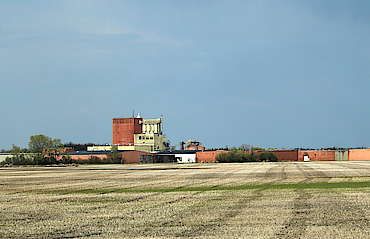 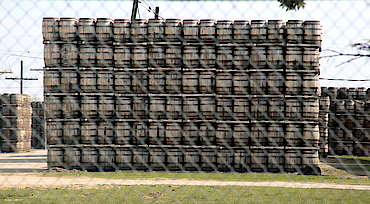 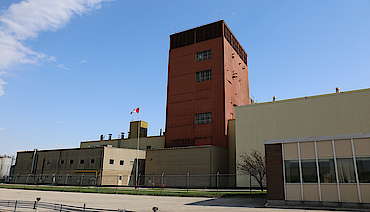 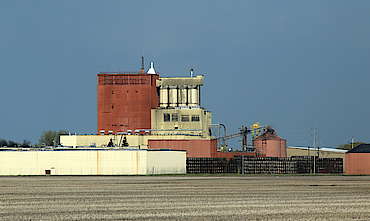 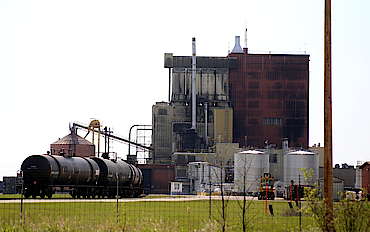 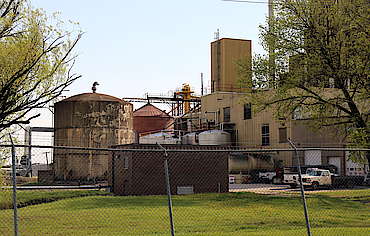 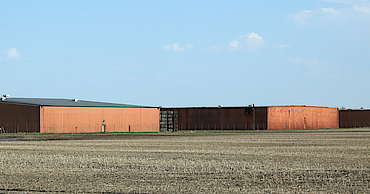 When Icelandic immigrants settled at Lake Winnipeg in Manitoba in the 19th century, they were glad to have escaped from the volcanoes of their homeland. They called their settlement 'Gimli', which means 'safe haven from hellfire' in Icelandic. They surely would have never dreamt that a giant Whisky distillery would someday bear this name.

Many different Canadian Whisky labels are produced at the Gimli distillery. By far the best-known is Crown royal, the best-selling Whisky of Canada. Since Jim Murray has chosen Crown Royal Northern Harvest Rye Whisky as the World Whisky of the Year 2016 in his Whisky Bible, the bestseller of the Gimli distillery has also attracted worldwide attention.
The Crown Royal got its name in honour of the visit of King George VI and Queen Elizabeth in 1939 – the first visit to North America by a crowned British monarch. Created on the occasion of this memorable visit and bottled as a present to the royal visitor, the Crown Royal is still adorned with royal colours and symbols today.
Approximately 50 different bottlings altogether are produced from the five basic Whiskies of the Gimli distillery. Matured and blended differently, they bear witness to the great variation of the giant industrial Whisky production in Gimli.
The Crown Royal Deluxe is the best-selling standard Whisky of the label; as a blended Whisky it has a smooth and full-bodied balance dominated by notes of fruit, creamy vanilla and pleasurable oak.
The Crown Royal Reserve from hand-selected casks exemplifies the smooth, velvety character of the Whiskies from the Gimli distillery and adds spicy aromas to it.
The Crown Royal Black, which is matured in heavily charred casks and bottled with a higher alcohol content, is a bit more powerful. It showcases notes of dried fruits.
With the award-winning Crown Royal Northern Harvest Rye the Gimli distillery shows how Canadian rye Whisky par excellence must be: spicy, with pleasurable notes of oak, butterscotch and vanilla, and with a touch of pepper.
Flavoured Whiskies are popular in Canada, and the Crown Royal Regal Apple is one of the top-notch products: Apple aromas create a harmonious union with the toffee and spice notes.

The Gimli plant is no small picturesque distillery in which the Whisky is handcrafted. Already from the outside you see that it is a giant spirit plant with automated production that takes place 24/7. About 90% of the production volume is used for Crown Royal.

The water used by the Gimli distillery is taken from a well onsite and is rich in magnesium. The area is rich in limestone, and the water filtered through it is very pure and particularly smooth. The use of water begins with the cooking of corn for the mash: 8.5 tons are processed at the Gimli distillery per hour, and correspondingly, a lot of water is used in the high-pressure cookers. Pressure has been used for cooking here since 1983.

The Gimli distillery has 28 fermentation tanks.
16 of them are used to ferment the mash into beer (wash), which is later used for the production of the basic Whisky of Gimli. The fermentation process is controlled with dry yeast and takes 60 hours.
In the other 12 stainless-steel fermentation tanks the beer for the flavoured Whiskies is produced for 72 to 76 hours. For this they use living yeast cultures, which are cultivated in 9 small special yeast tanks and provide the beer with particularly intense fruit aromas.

The Gimli distillery uses different stills for the distillation of five basic types of alcohol. The first distillation happens in a beer still; fine distillation then takes place in a column with a cauldron, in a continuous column or in the only Coffey Still that's in use in Canada, in which the rye Whisky is distilled.

46 warehouses hold about 1.4 million casks. This number gives you an idea of the giant amounts of Whisky produced at Gimli. 1000 casks are filled each day. After maturation large tankers transport the Whisky to the blending and bottling plants of Diageo. Crown Royal is bottled in Valleyfield and in Diageo plants in Amherstburg; other labels are also bottled in Relay, Maryland.

When the Gimli distillery started production here in Manitoba in 1968, the Crown Royal Whisky was being produced at the Waterloo distillery. Due to the high demand for Whisky, the owner Seagram's had decided to build Gimli and to mainly distil the alcohol for the Seagram's V.O. there. Then demand dropped significantly in the1980s, and Seagram's decided to close Waterloo and to produce Crown Royal and other products in Gimli. Until 2001, when Seagram's was taken over by the spirit giant Diageo, the company had concentrated most of its production here.

The Gimli distillery is a large industrial plant that is not open to the public.

Share your experience with other whisky lovers. Write a note about your trip to the Gimli distillery.