When Paul Jones Jr., selling whiskey and tobacco in Louisville, Kentucky, trademarked the Brand Four Roses in 1888, he got hands on a brand that claims back production to the 1860s. 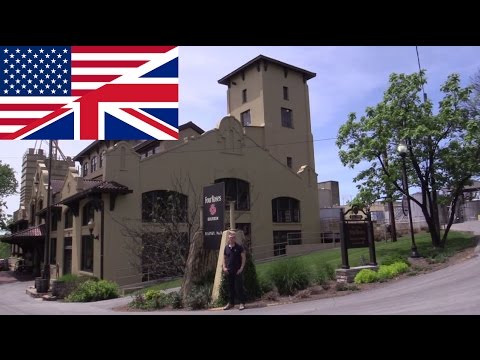 The Four Roses Distillery is the place where one of the most famous Bourbons is produced, but it is also one of the most beautiful distillery buildings in Kentucky - or let’s say in the US! It was built in a very amazing Spanish mission-style, even though Kentucky had never been a main area of Spanish mission. You can even find the Four Roses Distillery listed in the National Register of Historic Places.

Built in 1910 Four Roses Distillery is located on the banks of the Salt River near Lawrenceburg, Kentucky. When it was opened it operated under the name Old Prentice Distillery and you might still hear that name around there. Only in 1986 it changed its name into Four Roses Distillery. But the Brand Four Roses is much older and changed ownership as well as the place of its production.

Let us tell you about this very famous Bourbon.

Every distillery claims to be different and to produce in a special way, but Four Roses’ whiskey production is indeed very unique: They use two different mashbills and five individual yeast strains what enables the distillery to have 10 different recipes for their whiskey, depending on the combination of mashbill and yeast.

There is a code for each barrel of Four Roses Whiskey that consists of four letters, for example “OBSV”. Two of the letters will always be the same: “O” as the first letter for The Four Roses Distillery in Lawrenceburg and “S” as the third letter for straight whiskey.

The second letter will either be “B” or “E” to tell which mashbill was used:

The fourth letter is to determine the influences of the yeast that was used:

You may find the code on a bottle of Single Barrel Four Roses Bourbon. To create the other releases of Four Roses as for example the Yellow Label or a Small Batch, different Casks with different codes are batched and so the character of the whiskey can be influenced.

When the grain arrives in the distillery samples are taken and brought to the grain laboratory for several tests. Just after the results of these tests say the grain is okay and doesn’t contain any mold that would spoil the whole mash.

When the fermentation starts after mash and yeast came together the temperature rises. When it reaches 90 °F (32.2 °C) a cooling system starts to keep the temperature at that level. This is to ensure fermentation will end up in the optimal beer for distilling. At the end the beer has an average alcohol level of 8 % ABV and is stored in the beer well to wait for distillation.

In the beer still this beer of 8 % ABV is distilled to end up with about 66 % ABV (132 Proof). A tail house for the low wines ensures that the distiller can watch the process. The doubler of Four Roses Distillery has a very special shape and looks a bit like a Scottish pot still. Here the spirit is concentrated up to 70 % ABV (140 proof). Two Condensers (Beer Still Condenser and Doubler Condenser) cool down the alcoholic vapours so they turn back into liquid form. At the end of these distilling processes the white dog  the tail box as a sampling and measuring station.

Very different from other Bourbon Distilleries Four Roses has one-storied warehouses. This is to ensure different maturation because of different temperatures in lower or upper stories. And of course casks can be reached and handled easier this way.

A new visitor center was built here and warehouses, barrelling and bottling can be visited.

When Paul Jones Jr., selling whiskey and tobacco in Louisville, Kentucky, trademarked the Brand Four Roses in 1888, he got hands on a brand that claims back production to the 1860s. It is said that a family named Rose were the founders of Four Roses Distillery in Kentucky and this might explain the name of the brand. On their homepage Four Roses prefers another legend: Paul Jones Jr. sent a proposal to a young beauty and she replied “Yes” by wearing roses on her gown. She wore four roses to be exact.

In 1943 Seagram purchased Frankfort Distillers that produced whiskey in five different distilleries, among them the labels Four Roses and Old Prentice. Production was centralized after the second world war to take place in a distillery in Lawrenceburg, Indiana and in Lawrenceburg, Kentucky - the Old Prentice Distillery that today is the Four Roses Distillery. Seagram stopped selling Four Roses Straight Bourbon in the US and instead made it big and famous in Europe and Asia.

When in 2002 the Japanese Kirin Brewery Company purchased the Four Roses brand trademark they decided to bring back the Bourbon to where it originally belonged. Today the Four Roses Kentucky Straight Bourbon is again one of the most reputable whiskey brands in the US again.

The Four Roses Distillery offers tours every day at its center in Bonds Mill Road, Lawrenceburg KY. Charge is $5.00 p.P. With this ticket you can also visit Warehouse & Bottling Facility in Cox’s Creek without extra charge within 60 days.

Share your experience with other whisky lovers. Write a note about your trip to the Four Roses distillery.