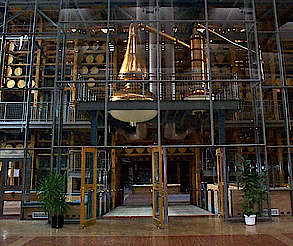 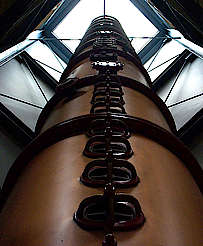 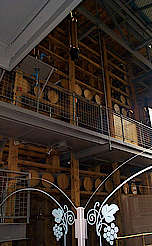 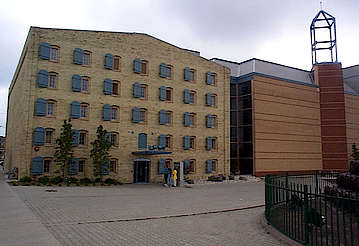 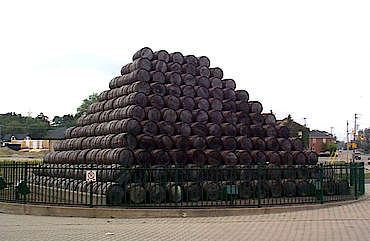 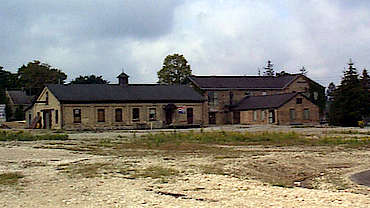 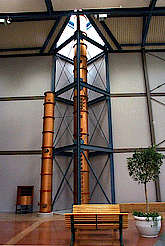 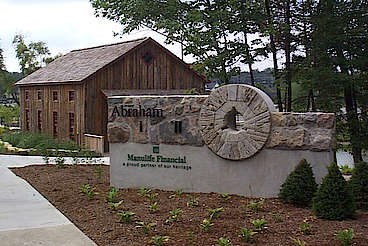 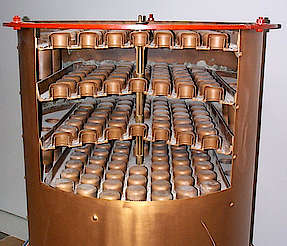 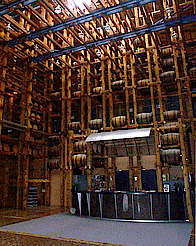 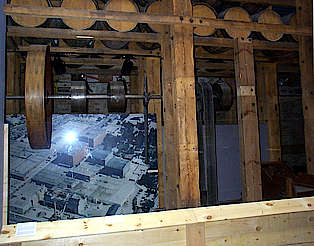 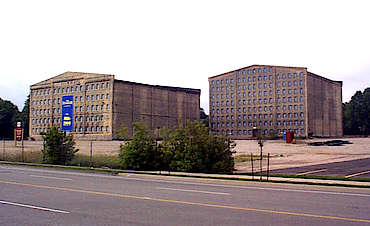 The Waterloo Distillery has long been closed, but not forgotten.

The Waterloo name is inseparable from the Seagram Company and Crown Royal Whisky.

Waterloo was founded in 1857, and already in 1869 Joseph E. Seagram joined as a partner. In 1883 he took over the company completely and renamed it Joseph E. Seagram & Sons. The company kept the Seagram name although it was bought by Distillers Corporation in 1928, with the Bronfman family taking over control. Within a few decades the Bronfmans became world leaders in producing and distributing spirits. Ironically, it was prohibition in the neighbouring United States which made the Canadian company famous and rich. During the "dry years" the smuggle of Whisky from the Waterloo Distillery into the United States flourished. Seagram's warehouses were filled busily, and when prohibition ended, their Whisky was available in large amounts.

With Edgar Bronfman Jr., the third generation after Samuel Bronfman and his son Edgar ran the spirit empire Seagram’s. Meanwhile the company had acquired many other distilleries in Canada and the US.

The heart of Seagram's range, Crown Royal Whisky, was produced at the Waterloo Distillery until the 1980s. When the demand for Whisky decreased worldwide, Seagram's decided in 1990 to close Waterloo and to move production of Crown Royal to the Gimli Distillery. https://www.whisky.com/whisky-database/distilleries/details/fdb/Distilleries/Details//gimli.html

In 1993 a fire destroyed most of the Waterloo Distillery, sealing its fate.

The mothballed Waterloo Distillery first housed the Seagram Museum, which was already closed again in 1997, though. Seagram, the multinational corporation, was broken up and sold step by step starting in 2000, with the brands going to Pernod Ricard, Diageo and Coca-Cola. The former distillery buildings later housed the Centre for International Governance Innovation, and the two large warehouses were turned into condominiums, the Seagram Lofts.

Share your experience with other whisky lovers. Write a note about your trip to the Waterloo distillery.

There are no user notes for this distillery yet.
Oops, an error occurred! Code: 202302061853542dec88af
Go to top
This website uses cookies, to provide best functionality for you.
further Informations & Settings
Only necessary Accept all