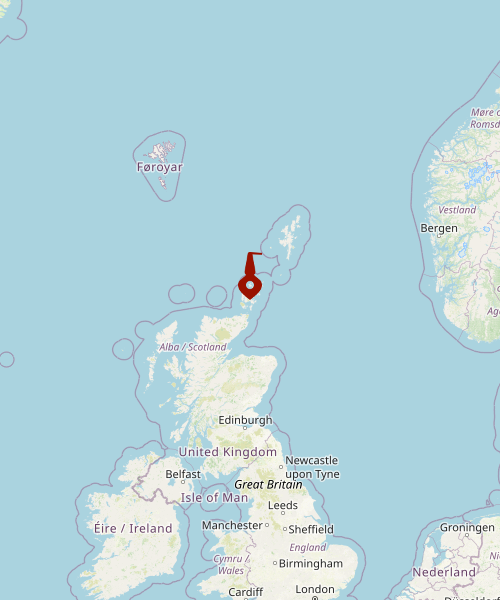 Macfarlane & Townsend founded Scapa distillery in 1885, with the operation being headed up by John Townsend. John Townsend was the general manager of the operation until 1919, when the Scapa Distillery Company Ltd was founded. However, it went into voluntary liquidation in 1934.

The Orkney distillery of Scapa is the second-most northerly in Scotland, beaten by only half a mile by Highland Park.

In addition to the official bottlings form the site, there have been a great number of independent releases of the single malt. The majority of these have been released by Douglas Laing and Gordon & MacPhail, and include a massive cross section of different ages, ranging from an 11 year old to a 25 year old.

Scapa distillery’s production capacity stands at 1 million liters a year. The distillery draws its water from the Lingo burn, as well as a number of other sources.

Scapa Distillery has one wash still and one spirit still. The capacity of the wash still stands at 13,500 liters, and that of the spirit still stands at 13,563 liters. The wash still is a Lomond still with the recognizable bulb shaped bottom of a standard pot still, but instead of a tapering neck, it has a wide, thick neck, which rises straight out of the spherical lid. This uprising 'chimney' is cooled with fresh water by the special mantle of the Lomond design. In contrast, the spirit still has a standard onion shape, with a very wide, bulbous, spherical shape and a conical neck.

The distillery had its own malting floors until 1966, with barley being brought in from Speyside. The site now buys in all of its malt from an industrial source on the mainland. While the malt used in the production of Scapa is peated, it is far less peaty than some of the other island single malts.

Macfarlane & Townsend founded Scapa distillery in 1885, with the operation being headed up by John Townsend. John Townsend was the general manager of the operation until 1919, when the Scapa Distillery Company Ltd was founded. However, it went into voluntary liquidation in 1934.

Production resumed again in 1936, when the Bloch Brothers took over the distillery. Hiram Walker took over production in 1954, and in 1959, they installed a Lomond still. In 1978, the distillery underwent a massive modernization. The site was mothballed in 1994 but in 1997, production began to be slowly re-introduced, with staff from Highland Park working on the site for a few months every year.

There is no visitor’s centre at Scapa. It is possible to book an appointment for a tour of the facilities if you book in advance.