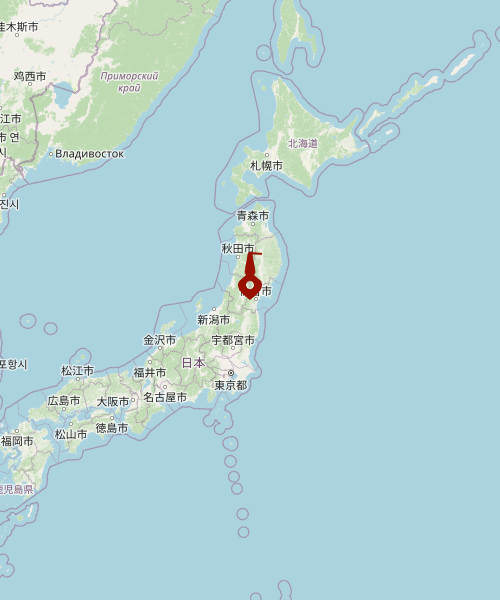 The whisky distillery Miyagikyo is the second distillery beside Yoichi, on which Masataka Taketsuru based the success of his Japanese Nikka company.

The worldwide boom of Japanese whisky caused the stocks to dwindle drastically, prompting Nikka to announce a complete changeover of its whisky portfolio in June 2015: All previously existing bottlings of 10-year-old, 12-year-old and 15-year-old Miyagikyo whisky were discontinued. In September they introduced the new no-age-statement Miyagikyo single malt whisky, which will probably be the only available single malt bottling of the distillery in the coming years, aside from a few remainders in the stocks of retailers.
The Miyagikyo single malt demonstrates the well-known light and fruity aroma profile of this distillery. Apples, pears, slightly grassy notes, vanilla and a hint of chocolate characterise this whisky, which shows a lot of sherry cask influence.
However, the eight pot stills producing single malt aren't the only stills at Miyagikyo Distillery. Two giant Coffey stills produce grain whisky for the well-known Nikka blends and the Nikka Coffey Grain, as well as malt whisky for the peculiar Nikka Coffey Malt.

With an annual production capacity of 3 million litres, Miyagikyo might not have the highest output of Japan's whisky distilleries (the Beam Suntory distilleries Yamazaki and Hakushu lead with 6 million litres and 4 million litres, respectively), but it surpasses its older sister Yoichi by a third, which is hardly surprising since Yoichi has only six pot stills.)

It took Masataka Taketsuru a lot of time to choose the spot of his second whisky distillery, Miyagikyo. It is said that Nikka searched for three years, especially in order to secure a reliable source of pure, soft water. In the valley where the Hirosegawa and Nikkagawa rivers meet he found the ideal resource for mashing his grain.
Beside the barley for the malt whisky, corn is the most important grain for the whisky production at Miyagikyo Distillery. Nikka grain whisky is often jokingly called 'Japanese bourbon'.

Fermenting at Miyagikyo Distillery takes place in 22 wash backs made of stainless steel.

Miyagikyo's eight pot stills with their tall lyne arms are among the largest pot stills in Japan. Their special shape with a second small ring above the large belly create a reflux that guarantees a light, fruity whisky. The pot stills are steam-heated so distillation can happen at low temperatures and slowly, which also makes for a light, elegant alcohol.
Two giant Coffey stills, which were built by Blairs Limited, Glasgow, allow the Nikka company to expand their range by grain whisky. But also malt whisky for special bottlings is produced in them. One of the Coffey stills was originally used in the Nikka Nishinomiya plant but was transferred to the Miyagikyo Distillery after its completion.

The Miyagikyo Distillery has 16 dunnage warehouses and even a large modern cooperage, where the ex-bourbon and ex-sherry casks get the optimal treatment.

Mastaka Taketsuru, known as the father of Japanese whisky, built his second whisky distillery, Miyagikyo, in the watery valley near Sendai in the Miyagi prefecture. With the style of this whisky he wanted to create a light, fruity alternative to his Yoichi whisky and also to be able to produce blends. The Miyagikyo Distillery was founded in 1969 as Sendai Distillery.
Taketsuru died already ten years after the foundation of Miyagikyo and couldn't witness the worldwide success of Japanese whisky anymore. The distillery was expanded in 1979 and again in 1989.
When the Asahi Brewery Company took over the management of the Sendai distillery in 2001, they renamed it Miyagikyo.

The visitor centre at Miyagikyo Distillery is a popular tourist destination. Visitor numbers have doubled since the life of Masataka Taketsuru and his Scottish wife Jessie Roberta 'Rita' Cowan were the centre of attention of a popular Japanese TV series called 'Massan' in September 2014.

There are free guided distillery tours in Japanese.
The tours start approximately every 15 minutes between 9 a.m. and 11.30 a.m. and between 12:30 a.m. and 3.30 p.m. (start of the last tour).
A tasting of three products of the distillery is included in the tour.