Located at the Schliersee lake, Slyrs Distillery ranks among the best-known whisky distilleries in Germany. Its name is derived from the old name of the region. The first whisky was already distilled on the stills of the traditional Lantenhammer distillery in 1999, but in 2007 Slyrs whisky found its home in the newly erected Slyrs Distillery in Neuhaus. 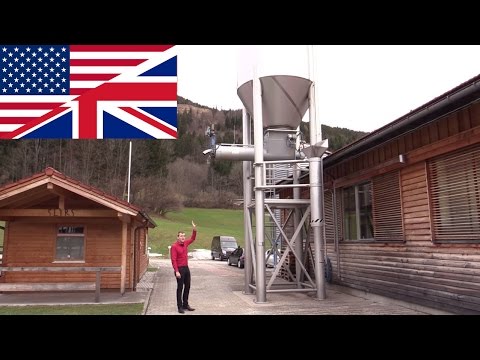 For a long time, the three-year-old Slyrs Single Malt Whisky had been the standard bottling, but meanwhile Slyrs has dispensed with age statements and released the Slyrs Classic, which is made from whiskies aged between 3 and 6 years. Slyrs uses fresh 225 litre casks made of American white oak, so the whisky resembles a bourbon in terms of cask selection, even though it is probably filled into the casks with a lower alcohol content than is usual in the USA. Appropriately there are distinct oak and vanilla notes in the aroma of this delicately sweet single malt.

The variants of Slyrs that are finished in various sherry or wine casks are also popular. In 2014 the Slyrs PX was given the acclaimed "Best Single Malt Whisky Europe" award at the London Whisky Awards.

In May 2015 the first 12-year-old Slyrs Single Malt Whisky was released. It was a small batch (2000 bottles in total, 1000 for direct sale), and Slyrs is planning to release a small batch 12-year-old whisky ever year. Unlike the Slyrs Classic, the 12-year-old is not matured in fresh oak casks, but in the casks that have been used to mature the 3-year-old before.

The production volumes of the Slyrs distillery are steadily increasing and according to Slyrs they produce already about 116,000 liters per year in July 2016. Two giant malt containers with a capacity of roughly 30 tons each have been erected outside Slyrs Distillery. The malt, which has been smoked over beech wood, is transported from these silos into the mill. The resulting grist is mashed in the stainless steel mash tun at 70°C (138° F) to wash out the sugar, which is afterwards turned into alcohol during fermentation. Slyrs's water source is the nearby Bannwaldquelle, which is fed by mountain water.

The eight tall fermenters at Slyrs Distillery are made of stainless steel. They can hold 5,000 litres, but of course they are never filled to full capacity since the volume of the beer rises drastically during fermentation through the addition of yeast. What is special about the fermenters is that they are equipped with a cooling system that enables the fermentation to be carried out very slowly. The process takes seven days and results in a beer-like wort.

Two wash stills and one spirit still have been in service at Slyrs Distillery since 2007. Each has a capacity of 1,500 litres and has a large reflux bowl. Double distillation produces the middle cut with an alcohol content of 70%. The foreshots and faints are cut off and destroyed under supervision of the customs office.

In the beginning storage space was scarce, and Florian Stetter often had to relocate his casks as he reported himself in interviews. The erection of new warehouses in 2006 put an end to this. The whisky can now be stored constantly in a large warehouse. In 2015 Slyrs gained attention by erecting a small high-altitude warehouse on the Stümpfling mountain at an altitude of 1,500 m. 24 empty casks were transported via cableway to the Spitzingsee ski resort and filled up there, where they're now maturing in the peculiar mountain climate with the icy winter temperatures to become a special "Mountain Edition".

During a study trip to Scotland in 1994, Florian Stettler noticed that the landscapes and the clean air of Scotland and his home at Schliersee in Bavaria are not that different at all. Why not produce whisky in Bavaria, then? A bet with his travelling companion for a crate of beer sealed the plan. Back home he soon started to distil the mash he received from the Hopf Brewery in Miesbach on the fruit stills of the Lantenhammer distillery, which had been operated by his family for generations. In the beginning the batches were very small, so the whisky always sold out quickly after each release (which is still true today for most bottlings).

The big success proved Florian Stetter right, and in 2006 a completely new distillery was built for Slyrs whisky, where mashing and double distillation on pot stills now takes place on site.

Due to health reasons, in 2007 the committed whisky pioneer had to hand the distillery management over to his brother Anton Stetter, who continues Slyrs's success story together with managing director Thomas Flothman and master distiller Hans Kemenater.

Opening hours:
Daily from 10 a.m. to 5 p.m., including on Sundays and public holidays.

Only possible with prior reservation.

Share your experience with other whisky lovers. Write a note about your trip to the Slyrs distillery.