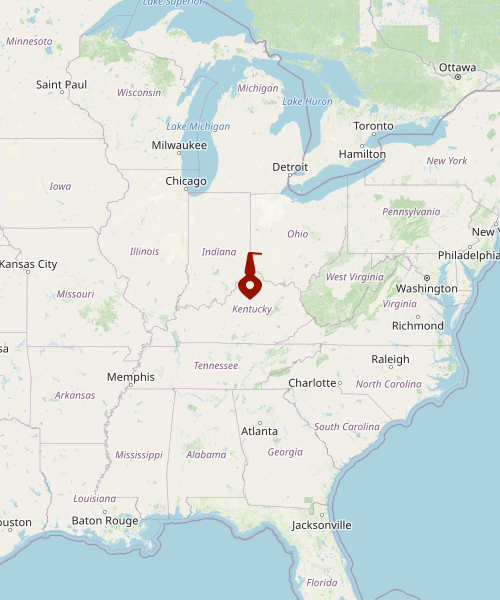 Woodford Reserve offers three different expressions of whiskey as their core products. They all are distilled in the same way with same water and yeast and bottled with 90.4 proof (45.2% ABV)

Distiller’s Select is a Kentucky Straight Bourbon Whiskey that was introduced to the American market in 1996 and has already become one of the most successful bourbons worldwide. The well balanced flavor combines spicy aromas with sweet caramel, vanilla, cocoa, cinnamon and wood.

Double Oaked Kentucky Straight Bourbon has been finished in second barrels after the first maturation was done. The second barrels were toasted four times longer than the first ones 40 minutes instead of 10) but charred a fifth of the time (5 seconds instead of 25). The longer toasting breaks down more lignin protein in the wood and sweeter flavors and as a result you get sweeter aromas in the bourbon.

Kentucky Straight Rye Whiskey is the third expression of Woodford Reserve, launched in 2015, and instead of the majority of corn in the mash bill here you have 53% rye. This gives very spicy aromas, clove, cinnamon, tobacco, pepper and a long fruity finish.

Besides these core expressions there are some special editions as the Woodford Master’s Collection. The releases of this selection are a kind of experiment because Chris Morrisson modifies one of the sources of flavor, either water, grain, fermentation, distillation or maturing.

Woodford Reserve produces small batches and every bottle is marked with the number of the batch and the bottle on the label.

In former times the water for distillation had been taken from a little stream that flows next to the distillery but today there’s a deep well that provides Woodford Reserve with clean water all the year. In this water the grain is mashed. For the Bourbon the mash bill is 72% corn, 18% rye and 10% malted barley. The enzymes in the barley are necessary for the conversion of starch into sugar. The mash for the rye whiskey contains less corn but 53% rye.

As most distilleries Woodford reserve has its own yeast strain. It’s special yeast for a very slow fermentation that lasts about 6 days. Thus the beer develops very fruity aromas. The slow fermentation is also provided by the small fermenters of 7.500 gallons Woodford Reserve uses, because heat can escape fast which effects lower temperatures of the mash. As Woodford Reserve works with sour mash they fill in residues of the former first distillation. They make up about 6% of the mash.

Three copper pot stills are the pride of the distillery and make the Woodford Reserve Bourbon very special. They look like Scottish pot stills but distillation here is a bit different: not only the liquid beer is filled into the beer still here but also the solids. After the distillation the still can be opened at the bottom to take out the residues for the sour mash. The second distillation in the high wine still is done just with the liquid as the third distillation in the spirit still as well. They end up with a spirit of 158 proof (79% ABV). Because of the reflux bowl in each of the three stills the copper contact of the spirit is very intensive and this interaction grants the Woodford Reserve with many fruity aromas.

The spirit safe of Woodford Reserve looks familiar to Scotch whisky lovers: It was made by Forsyths of Rothes who manufacture the most stills and distillery equipment in Scotland.

Woodford Reserve belongs to Brown-Forman and therefor they can enjoy the privilege to order barrels in exactly the manner they want it from the company’s own cooperage in Louisville. For example the barrels for maturing the Woodford Reserve Bourbon are uniquely built from staves that were exposed to the natural weather conditions for about 9 months. After this treatment the wood is a kind of pre-matured and delivers less bitter aromas than normal fresh barrels.

Inscription of the barrels is still done by hand at Woodford Reserve.

The warehouses of Woodford Reserve are made of brick stone and were built at the end of the 19th century. To support and speed up the maturation the warehouse are heated up and cooled down in turns. Because of expanding and contracting the Whiskey is driven into the wood and reacts much more with the wood than it does during normal maturation.

When Elijah Pepper opened a distillery in 1812 to produce his Old Pepper Whiskey he probably had no idea that more than 200 years later there would still be a distillery on the same campus. In 1878 Labrot & Graham bought the distillery and sold it to Brown-Forman in 1941. Whiskey business has always had its ups and down and when there was a sharp decline in the bourbon market the distillery was abondoned and then in the 1970s even sold. All equipment and installations were dismantled. When the interest in Single Malt and Bourbon Whiskey began to rise again Brown-Forman bought back the distillery campus in 1992, rebuilt the distillery and start from scratch, modern and innovative.

The visitor center is opened every day.

Distillery tours cost $10 per person and are offered on the hours:

There are also special tours offered as the “National Landmark Tour” or the “Corn to Cork Tour”.

Prices are $30 per person; reservation requested