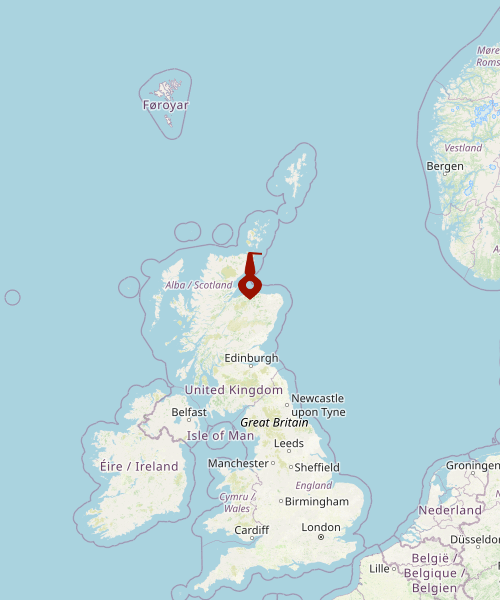 Located in the idyllic Speyside town of Rothes, the Glen Grant distillery is one of the top five best selling distilleries in the world.

Located in the idyllic Speyside town of Rothes, the Glen Grant distillery is one of the top five best selling distilleries in the world. Glen Grant has a bit of a dual personality, being both a highly acclaimed single malt distillery, and also a powerhouse for the production of single malt to be used in the Chivas blends.  The core range of the distillery’s official bottlings consists of a 10 year old, a 16 year old, and the Major’s Reserve, although they also have an extensive vintage collection. The independent bottler Gordon & McPhail has played a very significant role in Glen Grant’s history, having performed single malt bottlings since the 1930s. Today, they continue to release bottlings from older casks.  Glen Grant is (was prior to the sale of the distillery) also used as a major component in the Chivas blends, with over half of the distillery’s impressive production dedicated to this purpose.

Eight powerful stills stand at the heart of Glen Grant’s production. The distillery has four wash stills, which operate at a 15’100 liter capacity, and four spirit stills, which have a 9’600 liter capacity. There are two unique aspects to Glen Grant’s stills.  The first is the very broad shape of the base of the wash stills, which then immediately narrow into a tall neck.  The extremely tall necks of the stills are aid to be responsible for the whisky’s light taste. The other is that both the wash and spirit stills have a special hump on the immediate section, which house very slender reflux, bowls. Additionally, some of the stills have shortened S-shaped lyne arms in order for them to fit into the space between the still and the condenser.

Glen Grant was one of the first distilleries in Scotland to install pneumatic drum maltings, which are still used to this day. They were originally steam powered but were converted to their present electrical operation in the 1940s. Glen Grant used its own maltings until 1971. The entirely unpeated barley is now bought in from an industrial site near Buckie on the Moray coast.

.It would be impossible to age the amount needed for the modern levels of production on site today. Glen Grant has seven dunnage warehouses onsite, as well as several in neighboring Rothes. The warehouses at the distillery hold 11’500 casks, which are all bourbon.  The single malt that is located in the off site warehouses are aged in sherry casks. The single malt produced to be used in the Chivas blends was immediately transported offsite for maturation in Chivas’ warehouses.

The Grant brothers, two former illegal distillers and smugglers, founded the Glen Grant distillery in 1840. James and John Grant made a sensible choice in the location for their first legal business. The distillery’s site has a close proximity to a good port, Garmouth, the river Spey, and plentiful fields of barley. This selection of factors proved to be a recipe for success, with the distillery prospering easily.  In 1872, James Grant died and the distillery passed to his son, Major James Grant Junior. The Major took control of the distillery that his father founded, and also founded another neighboring distillery himself, Glen Grant No. 2, to help contribute to production capacity. Sadly, Glen Grant No. 2 was forced to close just five years after being opened, in 1902.  The site was actually re-opened in 1965, operating under the new name of Caperdonich. This distillery was then again mothballed in 2002 and torn down in 2011.

In 1953 Glen Grant was amalgamated into the “mother company” of Glenlivet to form the Glenlivet and Glen Grant Distilleries Ltd. The distillery went through a series of corporate mergers during the second half of the twentieth century. One of these mergers marked the beginning of Glen Grant and Chivas’ relationship, when Seagram bought them together when they purchased the Glen Grant distillery in 1978.  During the 1970s, the number of stills at the distillery was increased from four to six. Diageo purchased part of Seagrams in 2001, and then had to sell the Glen Grant distillery to Davide Campari in 2006 due to the industry watchdog. Despite the many mergers and different acquisitions, Glen Grant is the only remaining single malt distillery to still bear the name of its founders.

Glen Grant has continued to go from strength to strength with Campari at the helm. Campari is responsible for bringing Glen Grant to Italy, now the largest world market for whisky, to the tune of enormous success.

Glen Grant has an excellent visitor’s centre, which welcomes over 10’000 visitors a year to the distillery. A tour of the distillery is included.