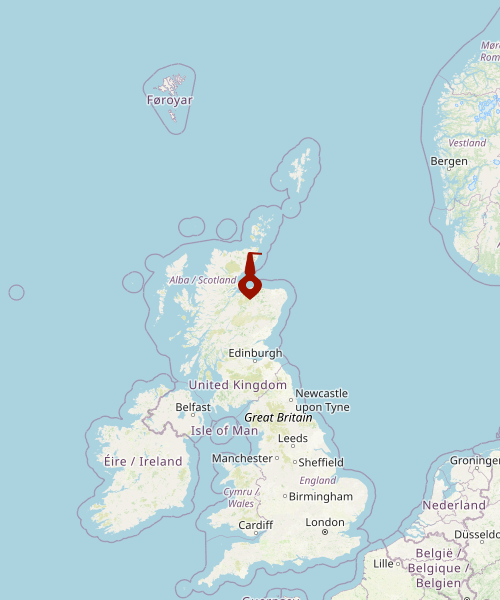 Cragganmore was the first distillery in Scotland to have its site selected and be built specifically to take advantage of its proximity to the Strathspey Railway. John Smith, who had previously been involved with Macallan, Glenlivet and Glenfarclas distilleries, founded Cragganmore in 1869. Cragganmore distillery is one of the most prolific in the Banffshire region of Speyside, where the distillery is located. Cragganmore has a reputation as the most complex Strathspey single malt.

Cragganmore distillery is one of the most prolific in the Banffshire region of Speyside, where the distillery is located. Cragganmore has a reputation as the most complex Strathspey single malt. However the spirit is in quite limited supply as it is one of region's smallest distilleries. The distillery has a small but distinct range of official bottlings, which includes a 12 year old (which is the distillery's core expression), a 21-year-old Vintage, a 25-year-old special release, a Cragganmore distiller's edition, and a Friends of the Classics Malts Limited Edition Bottling. There have been a series of independent bottlings performed at the site, which have been performed by such bottlers as Signatory Vintage and Douglas Laing. It is also possible to find older official bottlings, although these are not directly stocked by the distillery.

Before the launch of the 'Classic Malts' range, Cragganmore was mainly used for blending. The first blend in which it was used was the James Watson Number 10 blend. Today, most of the Cragganmore malt whisky is used for it's own Single Malt as well as for the Old Parr and White Horse Blends.

Cragganmore's distilleries have a very distinctive pot still shape, which is an essential contributor to the distinctive taste of the spirit. Instead of the normal, conical neck of a pot still, Cragganmore's pot stills have a flat top and a relatively short neck. The distillery has 2 wash and 2 spirit stills, which power the production at the distillery.

Lightly smoked malt is used in the production of Craggenmore, which is now sourced from Diageo's central maltings. The practice of using floor maltings was ended at Cragganmore in the late twentieth century. Diageo are meticulous about where they select their barley from, and usually select it from a range of Lowland and Speyside farms.

Cragganmore has three on-site warehouses, which house over 360'000 casks. They were built in 1925. The distillery uses a combination of bourbon, Sherry and Port wine casks. The distillery's warehouses are of the dunnage type. Bottling is performed at a site in Leven, Fife.

John Smith, who had previously been involved with Macallan, Glenlivet and Glenfarclas distilleries, founded Cragganmore in 1869. Smith was said to be one of the finest and most experienced distillers of his day, which seems to be an understandable title, when we take into account that he was the managing director of Macallan, Glenlivet and Wishaw distilleries. Smith persuaded his landlord, Sir George MacPherson-Grant, to lease him the land to build a new distillery at Ballindalloch beside the Strathspey railway.

Cragganmore was the first distillery in Scotland to have its site selected and be built specifically to take advantage of its proximity to the Strathspey Railway. Famously, after the private station was built at Cragganmore to accommodate the distillery traffic, Smith wanted to ride on the train, but as he was a larger gentleman, he couldn't quite fit, and had to ride in the Guard's van instead. In 1887, the first 'whisky special' left Ballindalloch for Aberdeen, with 300 casks of Cragganmore on board. In 1886, Smith passed away, leaving the business to his son, Gordon, who was only 21 at the time. In 1901, Charles Doig, the famous distillery architect, renovated and refurbished Cragganmore, bringing the site into the twentieth century with style. Tragically, Gordon only managed to run the distillery for a couple of decades, dying young in 1912.

In the wake of his death, Mary Jane, Gordon's widow, took over the running of the distillery.

The distillery continued to operate successfully, only stopping production in 1917, due to the restrictions that First World War domestic rationing in Britain has placed on the use of barley. However, Cragganmore didn't suffer too heavily from the conflict, with production resuming just a year later, in 1918. Determined to stay with the time, Mary Jane had electric lighting installed, driven by a Kholer generator. In 1923, the distillery was sold to the newly formed Cragganmore Distillery Co, where Mackie and Co and Peter Mackie sharing half ownership with Sir George-Macpherson-Grant making up the other half of the ownership. In 1927, due to a corporate merger, DCL comes to own 50% of the Cragganmore distillery. In 1931, hit by the recession of the 1930s, the distillery is forced to close. Limited production began again in 1934, and these levels of production were increased again in 1935. With the outbreak of the Second World War in 1941, restrictions on the use of barley limit the production that can be done by the distillery for the next five years. In 1961, the coal fired pot stills were converted to a heat steam system, and in 1964, production capacity doubled, with the number of stills increasing to four. One year later, in 1965, DCL finally bought out the other 50% of the company, becoming the sole owner of the distillery. In 1974, all of the stills were converted to steam heating, being at the forefront of distillery innovation. In 1988, the Cragganmore 12 year old became one of six malts carefully selected to become part of United Distiller's Classic Malts Range, which was met to enormous critical acclaim. Continuing with this trend, in 1998, Cragganmore Distillers Edition Double Matured was launched for the first time. Now under the ownership of Diageo due to its acquisition of DCL, Cragganmore has continued to go from strength to strength. In 2006, a 17 year-old from 1998 was released. Hopefully, as we begin to progress into the twentieth century, such releases will keep coming.

Cragganmore has an award-winning visitors centre, which was opened in 2002. The centre offers a tour of the facilities, and also includes a gift shop and café.